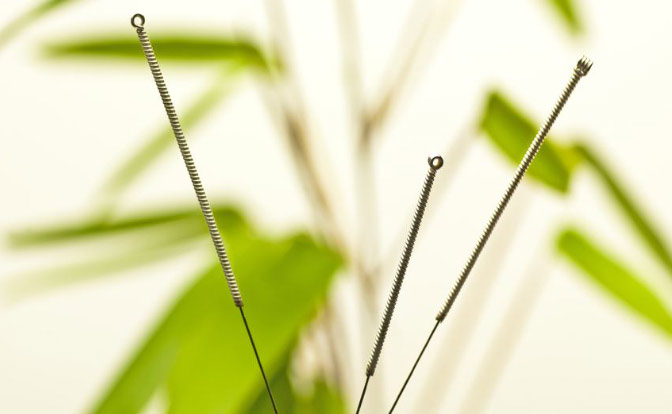 What is acupuncture?
What happens in treatment?
What does it feel like?

Acupuncture originated in China and is part of a 2000 years old comprehensive health care system.

Chinese Medicine is based on the belief that illnesses are caused by imbalances or blockages in the flow of a person’s ‘qi’ (energy). These blockages can arise from a variety of causes including diet, hereditary factors, infection and trauma, as well as emotions such as grief, anger and worry.

Acupuncture promotes the body’s healing mechanism, which in turn, restores health and allows the symptoms to resolve.

Acupuncture is a safe treatment for most people including young children and the elderly. Many people use it as preventative care and it can also be used alongside conventional medical treatment.

You can find out more about acupuncture from:

The British Acupuncture Council
The College of Integrated Chinese Medicine

What happens in treatment?

At your first appointment a full Traditional Diagnosis will be taken. This covers your medical history, your current symptoms, diet, digestive system, sleep patterns and emotional state.

Feeling the condition of the ’qi’ on the pulse on the wrist and observing the tongue also form part of the diagnosis. These provide vital information about your general health.

By inserting hair-fine needles into specific points on the body, Acupuncture rebalances the flow of ‘qi’. If the ‘qi’ is weak, it will be strengthened and if it is in excess, it will be calmed.

Treatment is aimed at the source of your problem, as well as your symptoms, and aims to treat you as a whole. This approach can lead to a long-lasting resolution of your problem and an improved sense of general well-being.

They are extremely fine and solid, so very little sensation is felt when the needles go through the skin.

When the needles reach the desired point (referred to as obtaining ‘deqi’), you may feel another sensation, which is often described as a tingling, heaviness or dull aching around the needle. It is rarely described as painful and lasts for only for 1 or 2 seconds.

Based in Bracknell and Bagshot near Ascot